The Nue, a pistol from Cyberpunk 2077

This mod requires the following mods to function

A mod for loading in custom items, making life easier for other mod creators, and a whole lot more.

This is an abandoned mod of mine.

The Nue pistol, from Cyberpunk 2077, comes with the original model and sounds with some preem animations.

I had big plans for this gun, however after not getting the textures and materials looking the way I wanted them to since they wouldn't rip properly at the time, I set it aside. I then proceeded to drop off the planet of Boneworks modding due to other stuff.

Since BoneLab was announced to be releasing soon I've now decided to at least release this one since it is a functional weapon, just doesn't have the attatchments and textures that I originally planned for. I hope some of you find the same enjoyment out of this weapon that I still do many months after making it. 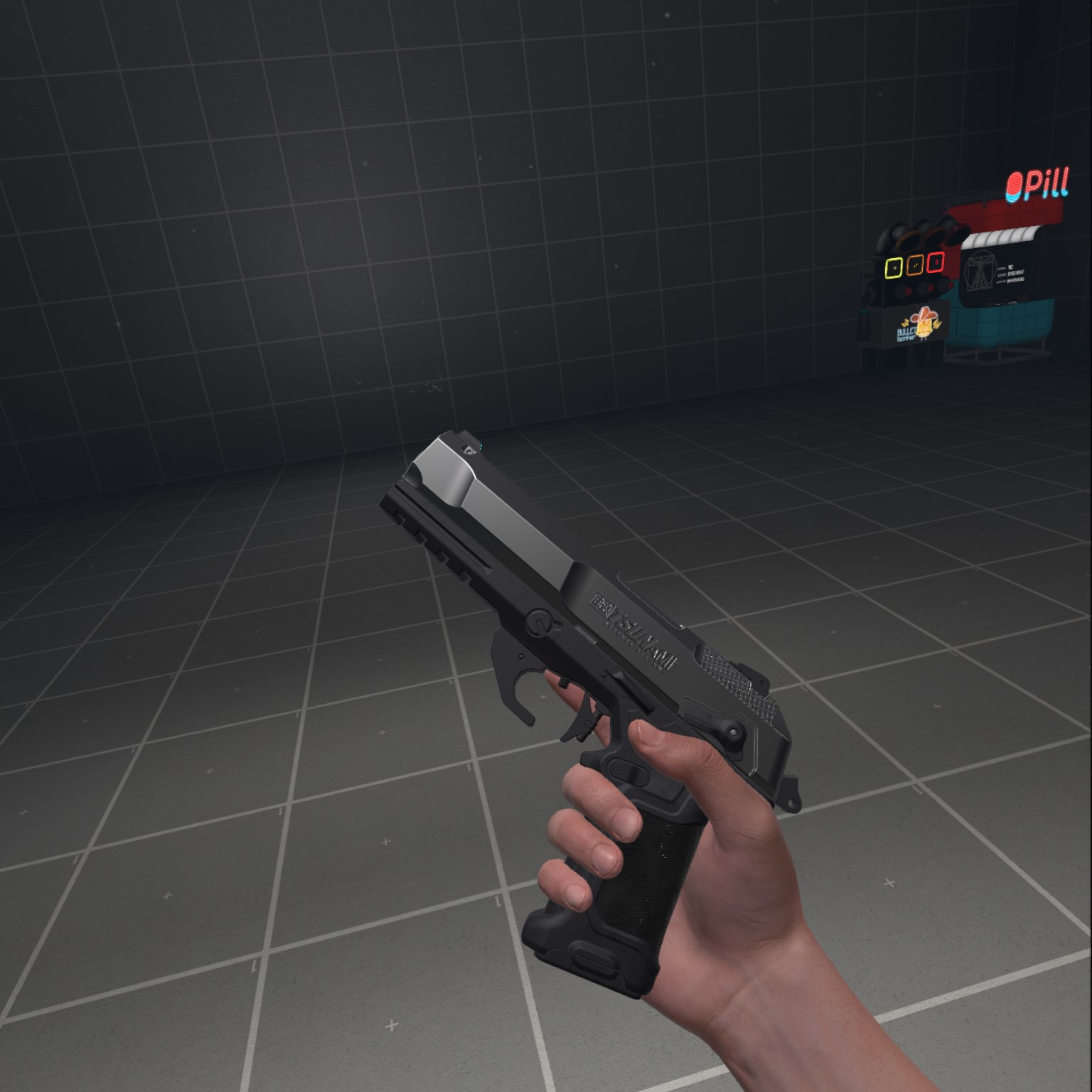 Make sure you have MelonLoader and ModThatIsNotMod installed.

Hope you enjoy. Hopefully I'll be seeing you when BoneLab's modding takes off.