ChaosModV, but for a VR Physics game! Experience over 100 different effects, with optional Entanglement syncing and audience voting via Twitch or Discord!

This mod requires the following mods to function

A mod for loading in custom items, making life easier for other mod creators, and a whole lot more.

It's essentially ChaosModV, but for a VR Physics game. This mod has various "effects" that, when activated, will do a variety of different things, ranging from flinging you into the air, to changing the appearance of a bunch of ingame objects, to making the game foggy.

Drag BWChaos.dll into your mods folder, that's basically it. If you'd like to know more about this mod, keep reading.

If you want, you can install BWChaosLite instead of normal, the only difference is that Lite has less effect resources (Videos/Textures).

The omission of a large portion of videos and textures means your game will start faster and also use less RAM/VRAM.

How to set it up 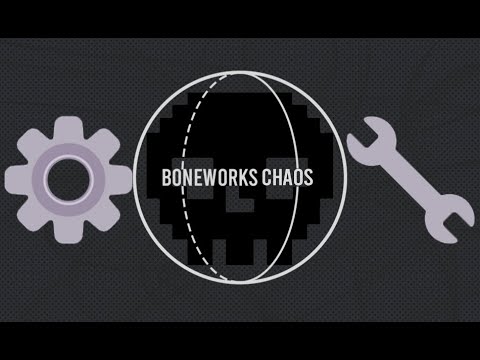 Audience interaction is optional, meaning you can play alone if you want, just set randomEffectOnNoVotes to true.

This mod supports two methods of audience interaction, via Discord and Twitch.

Please know that if you've got an antivirus, it may kill the voting process without telling you, and you'll only know from the mod saying that it disconnected (I've written a bit more in the 2.0.0 changelog and FAQ about it)

This requires that you have the Manage Server permission in the server you wish to use this in, because you need to add a bot that listens for numbers.

This version, unlike the Legacy version, has sensible defaults, meaning the game's main campaign is playable from first install.

There are "crazier" effects, like the legendary 'Change Steam name for 2m', but that is behind a MelonPreferences entry

Here is a brief overview of the configurable values in MelonPreferences:

Some effects have configurable values. These values will be placed in ChaosConfig.cfg, but most can also be changed in BoneMenu.

These values are intended to be inside certain ranges, however, and changing them too drastically may result in unintended behavior.

If you don't see those comments, update MelonLoader.

If there are some aspects of an effect you think should be configurable, feel free to tell me in the BW server.

If you don't know what names line up to what effect, go into the Debug category in BoneMenu and select the option to dump the 'type' names for each effect, and then check the log.

The mod is open source, so if you see an effect and want to know what it does, just go to the GitHub repository.

Odds are it's in either the Misc or Player folders, and the file may have a different name than ingame.

If an effect is laggy and not marked as such, tell me and I'll try to optimize it or I'll mark it as laggy. Tell me your specs too, please.

If there's a serious, game-breaking issue, please, TELL ME! Ping me in the BONEWORKS fan server! Preferably in the #mod-general channel, my username and tag are extraes#2048!

If you somehow find a way to break the Twitch bot or Discord bot, or hack them in some way, please tell me so I can troll people before I fix it.

I don't know if these questions will ever be asked, but I've got them here just in case you want to Ctrl+F through them.

If you want to add another effect, by all means feel free to do so. Make a Pull Request on the GitHub repo and add a new effect.

If you want to change the UI, you can make a PR for that too, since the Unity project I use for building the UI is in the git repo too.

If you want to add a new image, instruction, or video, do that through the Unity project too. (Or just send it in the BW server's meme channel and ping me to add it, and I may do it)

I don't have a code of coduct or anything, so feel free to evade taxes and stuff after making a PR.